Why are you an artist?
I believe in the process of creation; not just the end result. I think what makes me an artist is my inability to say no to new experiences and mediums of representation.

You are also a writer, musician, and a student of architecture – how does that effect your ART? I think in working through different mediums it allows for a new view of any one object/process/idea. It allows me a respite from banging my head against a wall when a painting is not turning out how I want, and on the other hand it makes me think all that much harder about what it is I am trying to accomplish. I can write a poem to express a feeling, but is that generally the best medium to accomplish that? It is almost a crux in that I tend to think too much and am then less prone to actually doing anything.

How is the creative process similar and or different being all four modes?
I think they all blend together after a while. I tend to do a lot of sketches with notes and annotations for my paintings, the same is true for writing stories, and most of the time all of these ideas are put into the same sketchbook. They all develop individually of each other yet are part of the same process.

I am also working on ekphrastic poetry, and sometimes the poem comes first, and other times it’s the painting. Other times the two develop individually from each other; I have made poems that I didn’t know what they were about, and then paint something, and later while reading the poem I look up at a painting and have this light-bulb moment, like, ‘Oh, they are both about family’. So in that regard it’s exciting to see how everything develops, and I think that is where the art happens, in those happy mistakes, its almost subconscious. 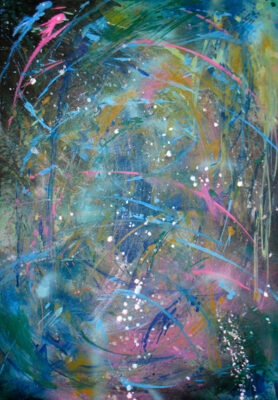 Why do you use the medium that you use?
I use oil and spray paint in my work. I use oil because I am a romantic; it is the traditional medium for painting and I like that. But on the opposite side of that is spray paint, lose and flowing with a wild nature prone to be erratic at best. I like the juxtaposition of the two mediums together. I also think they work as a bridge between art styles, hopefully bringing something new to the canvas of what art is. I also like the semi-political nature of spray paint under the notion that graffiti is a means of representation dominated by the aerosol can, and I like to think that it bleeds over to my work.

Your Art work is seems to emanate expression through color-what does color mean to you?
Color is life. I used to be scared of it, keeping to a pretty safe pallet, but I was fortunate to have a teacher push me out of my comfort zone. I used to be a big believer in color theory and symbolism, but I think art lends itself more towards emotions, and you have to use everything at your disposal to evoke a response. You can be a person who sees things as black and white, but where is the fun in that?

What inspires your work?
Nature. A lot of my work has political undertones, but maybe it is not so much political as it is a personal mantra. I guess I don’t know, its hard to have an idea or viewpoint without being political these days, and I don’t know if that is a good thing or not. 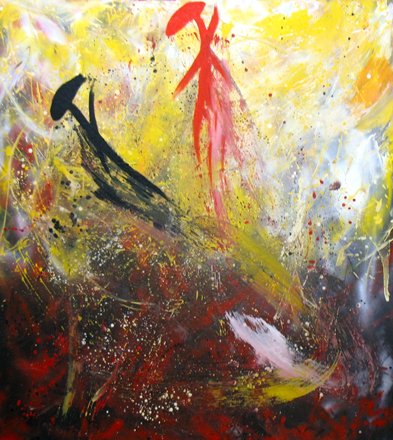 What is the value of ART in our society?
I believe that art is the driving force behind culture. It influences how people think and react. Ralph Waldo Emerson said, “Society is a wave. The wave moves onward, but the water of which it is composed does not.” We the people are the water, and art is the wave, we may not change but we are moved, and it is because of changing perceptions, and that is due to art.


Where do you see yourself as an artist in 5 years?
Selling my work? Hopefully not living in a cardboard box. I don’t see myself giving up writing, painting, or playing music, I might have to work less in one or another, but I don’t see myself ever stopping.

What are your ultimate goals as an artist?
I would love to show my work to more people, really start a dialogue with society. I would love to have some influence and try and shape this world as I see it, but maybe that’s why I am an artist, I create and surround myself with object that I like; my own little utopia.

What does art mean to you?
Art is creativity, and what would life be without diversity? 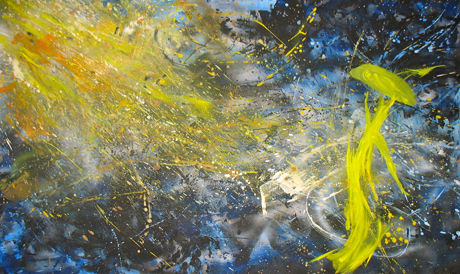 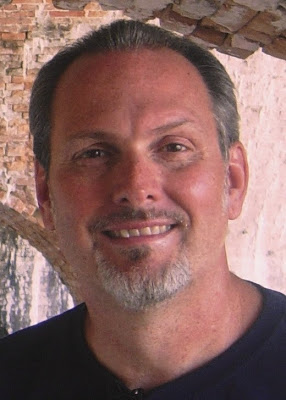 I am an artist: Marty Gordon 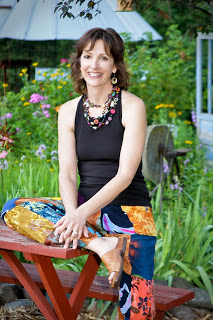 I am an Artist – Jill Dubbeldee Kuhn

I am an Artist: Ricki L. Klages